These images were taken at the US Civil War battlefield at Manassas. The locations shown are where the climax of the first battle of Bull Run was fought (there were two, sometimes also know as the battles of Manassas). On the day in question (21 July 1861) it was hot; the hay in the meadow was a couple of feet high; and at one point the opposing troops stood less than 100 yards apart from each other. 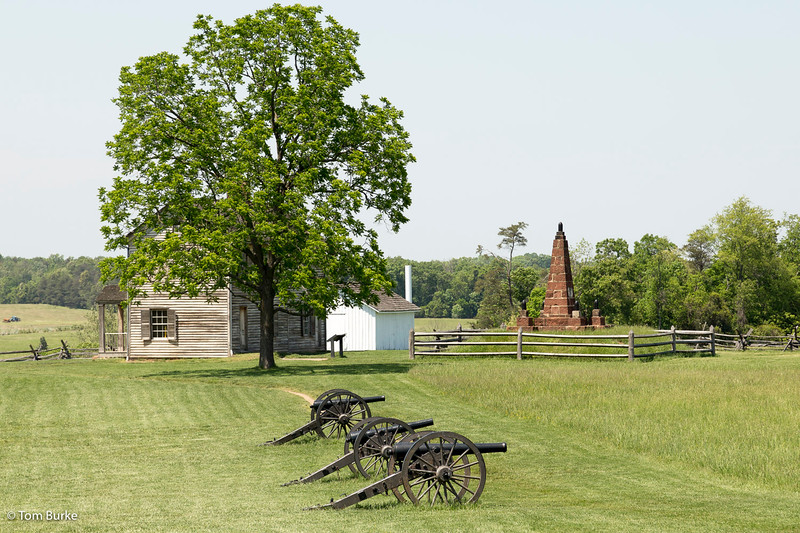 This is looking towards the Henry house (a replacement house - the original was destroyed) with Union artillery pieces in the foreground. The memorial at the back was erected to those who died after the war.